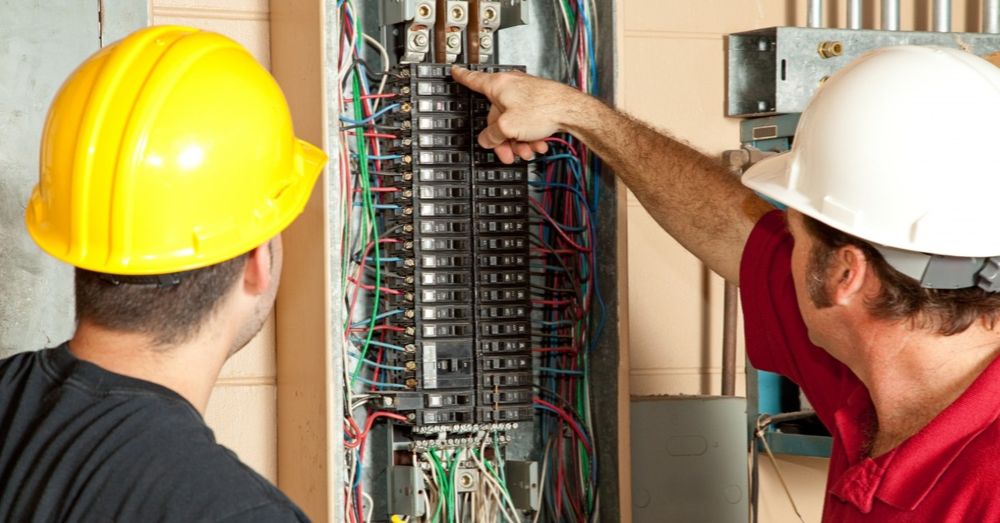 Life as we know it could not function without electricity. There would be no way to turn on your lights, power your cell phone, computers, and other electrical devices, have a car to drive, a vacuum cleaner for the carpets, or a hair dryer in the morning. Anything you plug into an outlet needs electricity and would not exist without it.

While many people credit Benjamin Franklin as the discoverer of electricity, the idea of electricity has been around for a lot longer. Although it’s hard to pinpoint the exact person who had an idea, we know that from the sparks lightning creates and from static electricity that humans knew there was energy that could be harnessed. Still, it was Benjamin Franklin who proved that lighting was electricity and that electricity flowed between positive and negative charges.

After this discovery, electricity research began in earnest. In 1831, Michael Faraday discovered the basic principles of electricity generation by showing that currents could flow by moving magnets inside coils of wire. This one discovery revolutionized the possibilities with electricity, paving the way for Edison to create his light bulb in 1879. From there it was just a matter of refining with electrical stations cropping up in big cities in the 1880s. As it became cheaper to bring electricity to the masses by refining technology and decreasing energy lost, electricity spread until today where most of the modern world has electricity in their homes and businesses.

Rocky Mountain Electric Metering Association is a meter school that offers a variety of metering coursework for those looking to break into the electrical field and become meter readers. Our metering coursework is for beginners all the way up to advanced, as well as specialty fields. You’ll learn meter reading technologies, instrument transformers, power diversion, electrical codes, and more. Below, we’ll take a look at some popular fields in electricity. Contact us today for registration information!

Probably the first career that popped into your mind when electricity was mentioned was an electrician. Basically, an electrician installs and repairs wiring that brings electricity to you or your business. There are many different specialty fields that you can choose from, such as residential, commercial, industrial, or corporate buildings. Many electricians are self-employed and work for themselves, offering their electrical contracting services locally. From there, you can specialize even further, such as in construction electrical work or simply maintenance. However, most electricians do both.

Line workers handle electrical lines and usually work for utility companies that bring in electrical lines to new buildings, or they work for construction companies that install and maintain the overhead and underground lines and cables that carry electricity to all buildings. Here, you can specialize in either power lines or telecommunication lines. Line workers also work with electrical grids that carry large doses of electricity to local power sources. When the power goes out, these guys go into overdrive as they work to repair your power lines and keep them working.

Many people don’t realize the electrical components involved in a power plant. They just think it of a big building that produces electricity that is not all that hard to operate. Nothing could be further from the truth as power plant operators undergo years of training in order to operate and maintain all of the working components that go into a power plant operation. Here, the operations are more on a maintenance basis and on a larger scale. Power plant operators operate and monitor generators and large turbine engines and must have a thorough grounding in thermodynamics and technical expertise.

Electrical technicians work primarily in the engineering field to help develop electrical equipment, such as computers, communication equipment, and any other piece of equipment that may require electricity to power it. This also includes heavy machinery and cars. They often test products to see how they work and offer up modifications as needed. They work with technical blueprints and designs to create solutions to problems that arise.

Electric meter readers are those responsible for recording how much electricity your home or business uses in a month so that you can be charged the proper amount for it. Many people choose meter reading as a way to test the electrical waters per se. It’s a great beginning position for those who are unsure if they want to devote the years of training to become a master electrician. It gives you a good solid base of knowledge that you can build upon. Rocky Mountain Electric Metering Association offers beginners the chance to start a career in the electric metering industry. We also offer intermediate, advanced coursework, and specialty coursework for those looking to deepen their knowledge in the electric metering field.

Rocky Mountain Electric Metering Association (RMEMA) is the best meter school in Colorado. We offer amazing instructors who have years of experience and a breadth of knowledge to share with their students. We are constantly adjusting our metering coursework to keep up with evolving trends and the latest technology. Our mission is to train you to be a superb electric meter technician who can then take that knowledge wherever they desire. From load and wiring verification and AMI methods to advanced meter reading and answers to common field problems, we’ve got all of the bases covered for your meter reading skill base. Contact our meter school today to register for a metering course!