Why is Electric Metering So Important?

In the modern developed world, practically everything runs on some form of electricity, from our homes to our phones to our trains, and even some of our cars. It’s a form of power that our society as a whole relies on, with varying ways to generate it efficiently. The job of an electrician is an incredibly important one, because when most of us flip a light switch, we expect the lights to turn on, and when they don’t turn on, we start to get worried because we rely on it so much. We need educated and dedicated folks that know how electrical systems work, and how to fix them.

But like many forms of power and resources that are distributed to populations in our world, the amount and way we use it is incredibly important to understand. For the mass production of electric energy to be effectively distributed to any sort of population, there needs to be some form of understanding of production and consumption. That’s where electric metering comes in. Keep reading to learn why electric metering is so important, and why the Rocky Mountain Electric Metering Association is so proud to educate about it.

WHAT IS AN ELECTRIC METER?

An electric meter is a device that measures the amount of electric energy consumed by something, generally some form of a building or an electrically powered device. You have probably seen them on the sides or backs of buildings before, in a gray metal casing with a transparent hood that shows a variety of information and dials. Electric meters have been a critical feature since the commercial spread of electric power, as electric energy only started to become standardized (and commercialized) in the 1880s. In order to standardize and effectively distribute generated electric power to the masses, the electric energy industry needed to be commercialized, because most things in this life are not free. This meant that consumption and output needed to be measured so that a consistent form of billing could be established.

Electric meters work by continuously measuring the voltage and current, in order to show the amount of electric energy, or joules, being used. Electric energy can be used in a variety of places and spaces, for both residential and commercial use, so meters for smaller services, like a home or business, can be directly connected between source and customer, while larger energy loads utilize current transformations, so the meter isn’t required to be in line with the service conductors. There are two types of electric meter, electromechanical and electronic. Electromechanical ones are the most popular, and uses electromechanical induction on metal discs to measure power passing through the meter, and reflect it on clock-face-like dials. Electronic ones use an LCD or LED display to show power usage information and a variety of other parameters, as well as being more effective at transmitting to and from remote areas.

WHY IS ELECTRIC METERING IMPORTANT?

Now that we can understand what an electric meter does, and it’s role, we can understand why electric metering is so important. Just like the importance of any electrician job, our society’s expectation and reliance on electric power means that we need informed and committed individuals who both understand, and can also serve on any matters, issues, or improvements regarding our electrical power use. While “electricity” is not a non-renewable resource like oil or coal might be, the production of it requires a lot of time, money, and effective engineering, to create things like power plants and hydraulic dams.

In order to produce as much electric power as possible, distribute it to as many people as possible, and receive the revenue required to continually provide it as often as possible, we need to know how much we use as a society. Electric metering is an extremely effective way to measure how much we use; that way, we know how much everyone should be paying in concordance with how much they are using, so that everyone can provide their fair share, and the most amount of people can also receive their fair share. 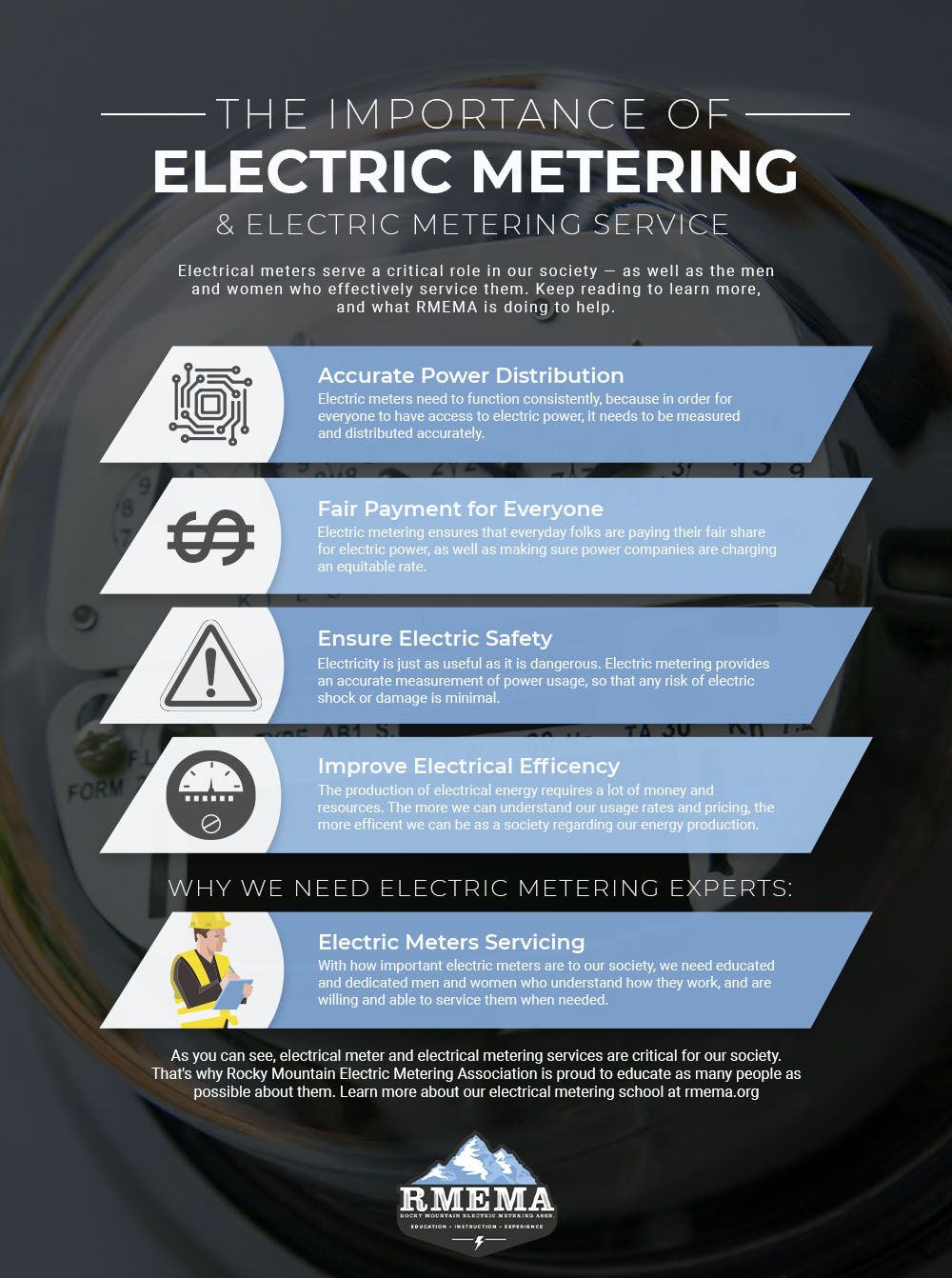